At the end of first quarter 2017, 87 out of 100 households in Portugal had a bundle of electronic communications services. The number of subscribers to such offers reached 3.55 million (35 thousand more than in the previous quarter and 245 thousand more than the same quarter of 2016). 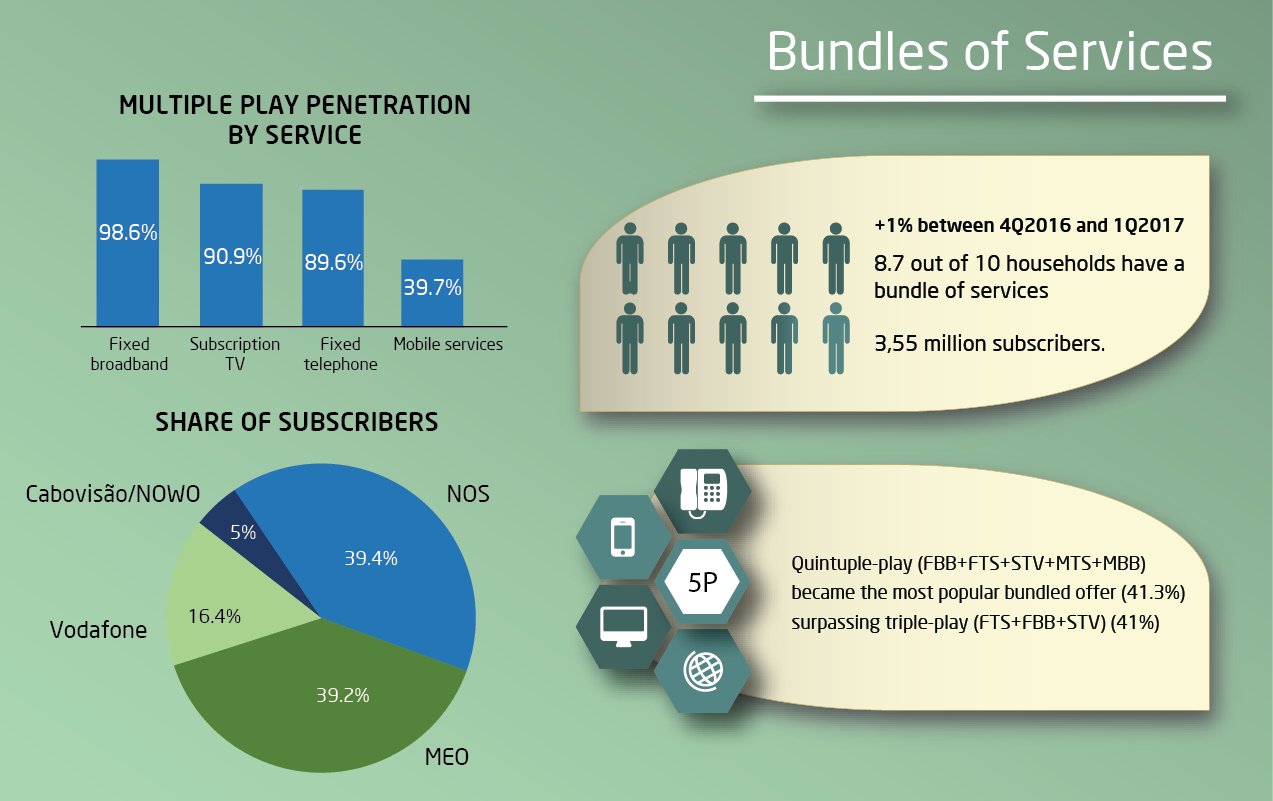