At the end of first quarter 2017, there were around 3.7 million subscribers to the subscription television service in Portugal, 22 thousand more than in the previous quarter and 135 thousand (3.8%) more than at the end of first quarter 2016. This growth was mainly driven by an increase in the number of subscribers to offers supported over optical fibre (an increase of 6.3% in relation to the previous quarter and an increase of 29.4% year-on-year).

Grupo NOS reported the highest share of subscribers (43.5%), followed by MEO (38.4%), Vodafone (13.2%) and NOWO (4.8%). Vodafone was the provider that gained the largest number of subscribers in net terms over the quarter.

Revenues from the pay-TV service (stand-alone and bundles which include this service) rose 4.9% versus the same period of 2016 to around 470 million euros.

Use of the different features of the subscription TV signal distribution service decreased by one percentage point in the first quarter of this year, with approximately 71% of subscribers using at least one of the available features. Automatic recordings were the most commonly used service, followed by the TV programme guide, channels in high definition and manual recordings.

In the first quarter, about 4.3% of individuals aged 10 years and over had subscribed to streaming on demand services (i.e. Netflix, Fox Play, NPlay or Amazon Prime Video). 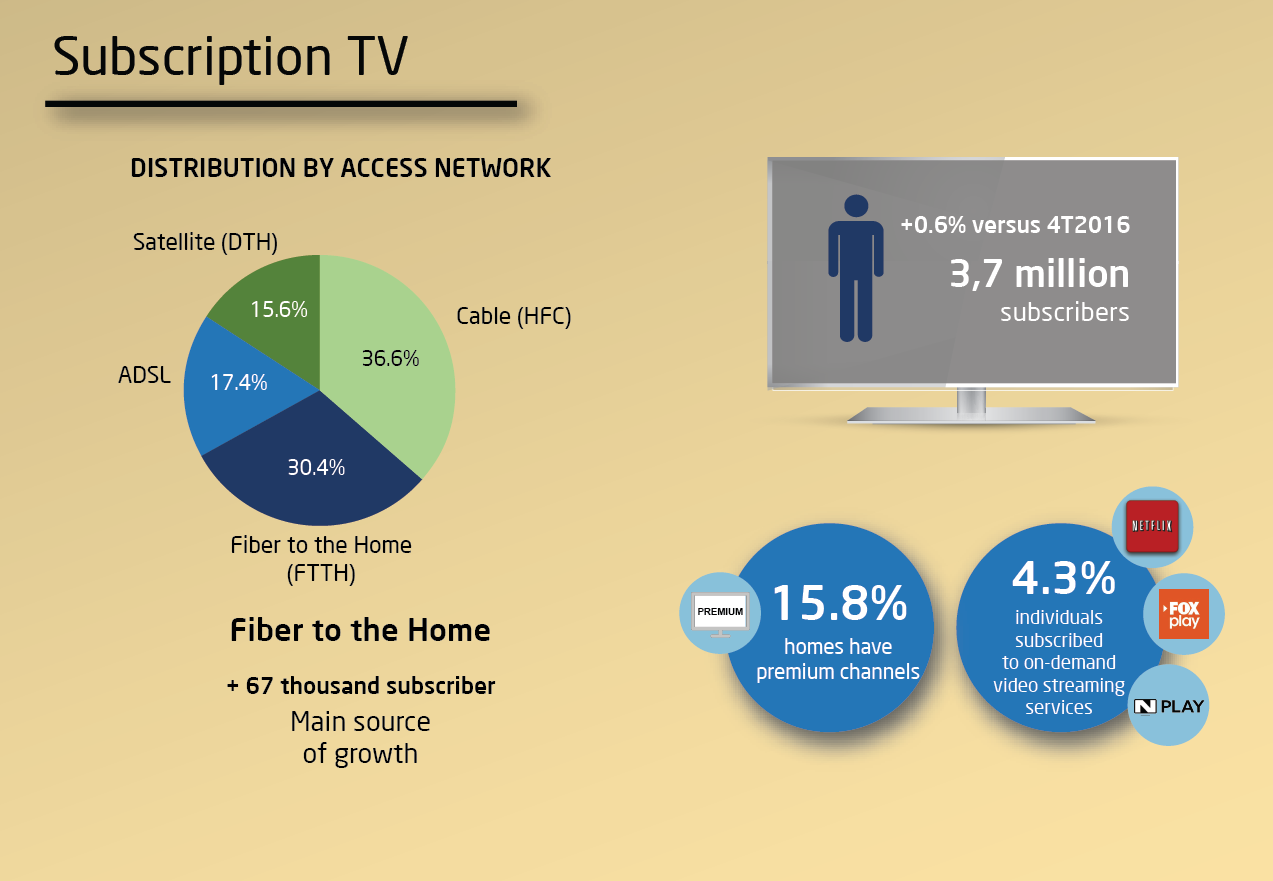