According to data from Marktest's Barómetro de Telecomunicações (Telecommunications Barometer), in 1Q2017, 95.1% of residents in Portugal were customers of the mobile telephone service.

The difference between the penetration rate reported above and the data reported in the Telecommunications Barometer stems from a number of factors, such as:

The downward trend in the quantity of pre-paid plans continued (-2% over the previous quarter). At the end of 1Q2017, the proportion of pre-paid subscribers reached 48%, falling 1.7 percentage points from 1Q2016.

According to Marktest's Barómetro de Telecomunicações (Telecommunications Barometer), in March 2017, approximately 39.7% of residential customers of the mobile telephone service subscribed to this service as part of a bundled offer incorporating services provided at a fixed location.

The number of actual users of typical mobile broadband services (videotelephony, broadband data transmission, mobile television, etc.) rose to 6.6 million (0.4% more than in the previous quarter and 15.8% more than in first quarter 2016), representing 51.5% of mobile stations with actual use. The growth reported in the use of these services (on a year-on-year basis) is associated with the increase in mobile telephone Internet users, 19.3% more than in the first quarter of 2016 (1Q2016) and with smartphone penetration.

The volume of conversation minutes originating on mobile networks decreased by 0.2% versus fourth quarter 2016, increasing by 2.4% compared to first quarter 2016. The year-on-year increase was mainly due to the increase in off-net traffic (+13.1%), following the introduction of offers, especially bundled offers including the mobile service, with calls included and with no distinction in tariffs between on-net/off-net traffic. On-net traffic saw a year-on-year decrease of 4.1%.

Users of the text messaging service (66.6% of all mobile stations with actual use, excluding Internet access cards and equipment connected to M2M communications) sent 12.6% fewer messages compared to first quarter 2016. The average monthly number of messages sent per user of this service was 179 (210 in 1Q2016), representing about 6 messages per day.  Message traffic has seen a significant reduction due to the emergence of alternative forms of communication.

Users of the international roaming service outside Portugal represent 6.6% of the total number of mobile stations with actual use. Roaming out traffic increased compared to first quarter 2016, particularly in terms of Internet traffic volume (+92.9%). Roaming in traffic increased significantly compared to the previous quarter. Compared to the same quarter of the previous year, there was also an increase in Internet traffic (up 173.8%). 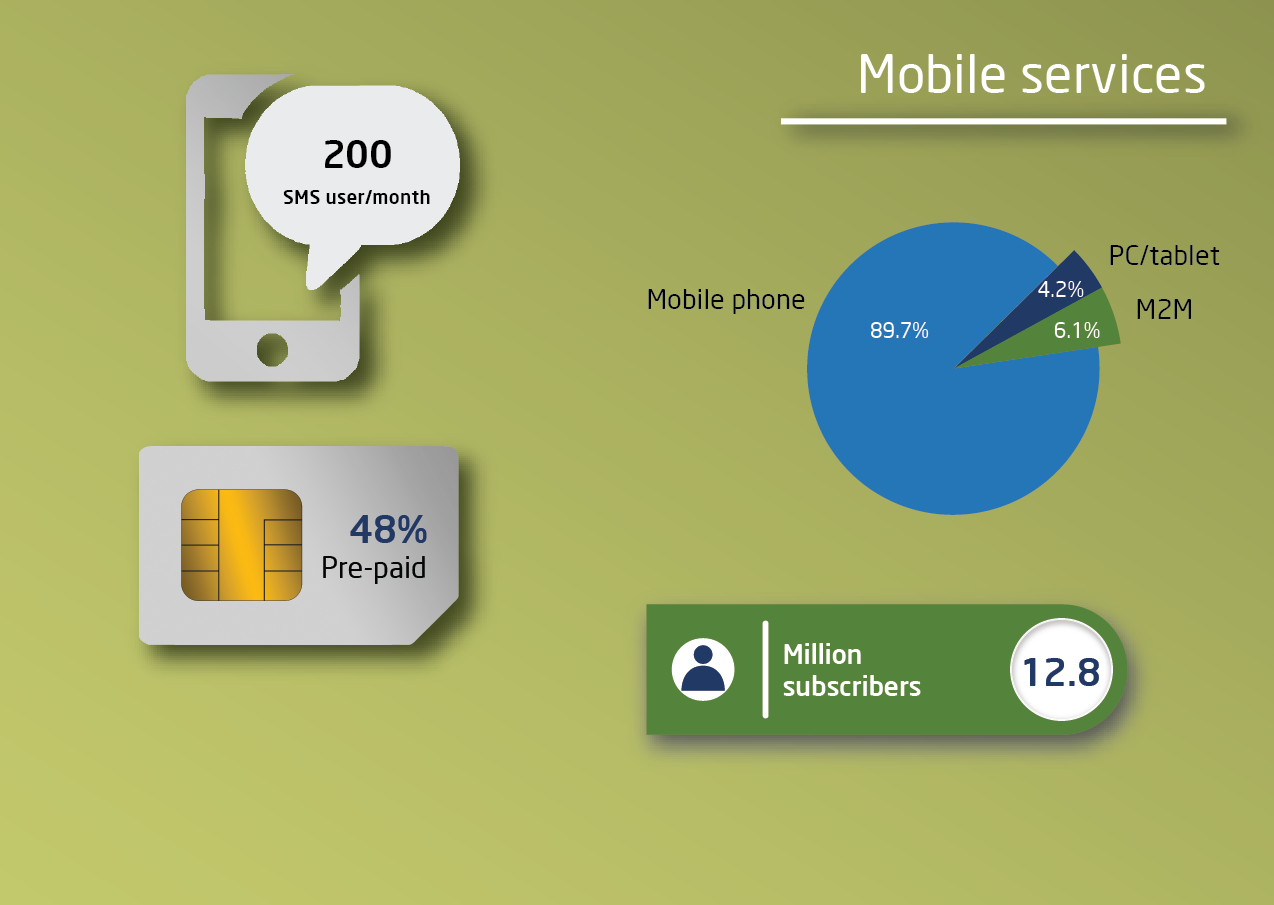