Organisation
An english version of this page will be made available soon.
You may wish to go to the english homepage. 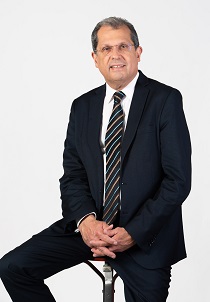 Degree in Economics from Instituto Superior de Economia of the Universidade Técnica de Lisboa (Lisbon Technical University) with a final average of 15 (1982).

He has served as Chairman of the European Committee of Central Balance Sheet Data Offices (2014 - 2016) and as Chairman of the European Committee on Monetary, Financial and Balance of Payments Statistics (2011 - 2012). He joined Banco de Portugal in 1985 and worked in several departments, becoming the first coordinator of the Balance of Payments Area in the Statistics and Economic Research Department (1993-1998). He was appointed Deputy Head of the Statistics Department in 1998 and Head of this Department in 2004.

At an academic level, he has held teaching positions at ISCTE (1988 - 1999), where he coordinated the subjects of Currency and Banking and Monetary Economics, and at Instituto Superior de Economia of Universidade Técnica de Lisboa (Lisbon Technical University) (1982 - 1986), after completing a degree in Economics there in 1982.