At the end of the 3rd quarter 2017, the penetration rate of telecommunications bundled services reached 90.6 per 100 private households, 6.3 percentage points more than in the same quarter last year, which means that 9 out of 10 families now have bundled services.

In total, the number of customers of bundled services reached 3.7 million, 7.4% more in comparison with the same quarter in the previous year, which corresponds to 254 thousand new customers. This is the highest growth recorded in the last four quarters.

Between January and September 2017, revenues from bundled services increased to 1.3 billion euros, an amount corresponding to an increase of 5.9% compared to that recorded in the same period last year. 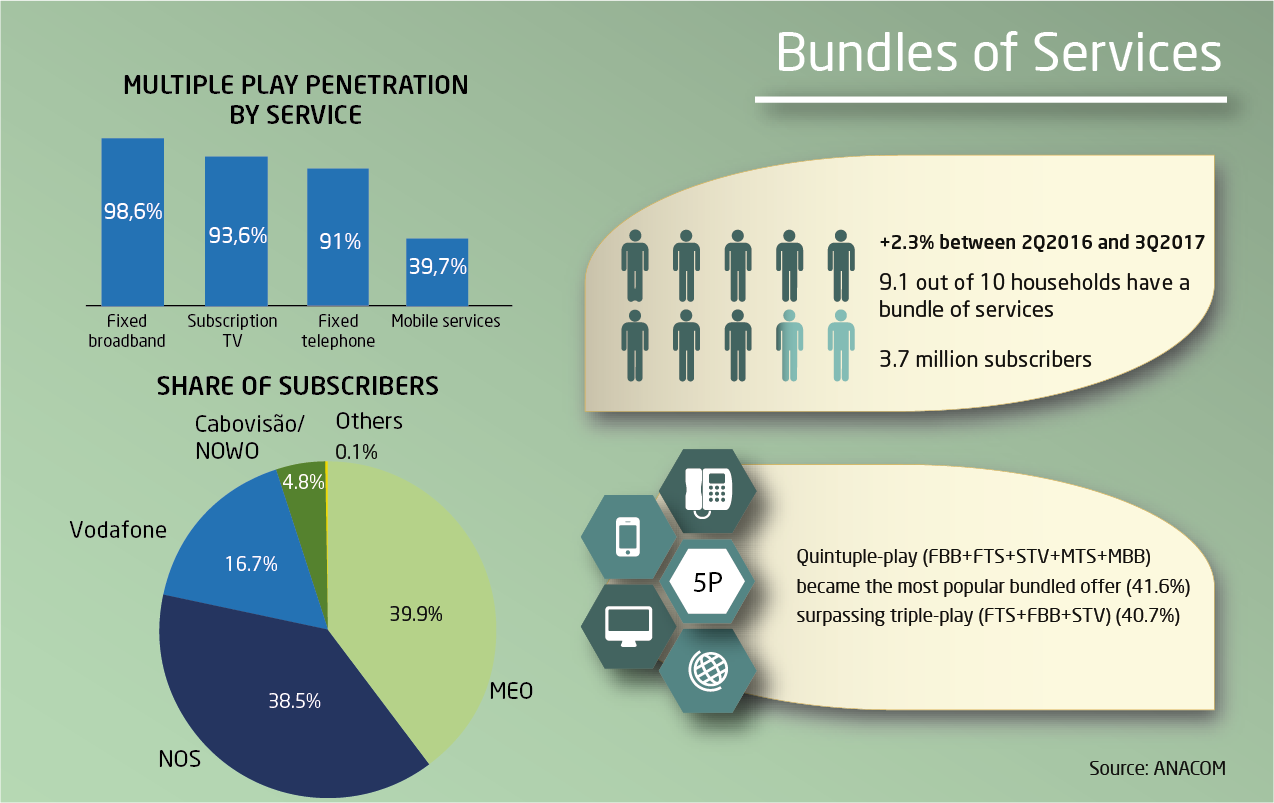