The average monthly traffic per fixed location broadband Internet access was 78 GB and the traffic generated per customer for mobile broadband with actual use was 2.8 GB per month (12.5 GB per month in the case of tablet/PC).

At the end of the 3rd quarter, the penetration of fixed broadband was 70.8 residential customers per 100 private households.

It is estimated that 98.6% of households with a fixed broadband Internet access service have purchased the service as part of bundled services.

At the end of September, the number of accesses to the Internet at a fixed location surpassed 3.5 million, 195 thousand more than in the same quarter the previous year.

As far as mobile broadband is concerned, the number of users who effectively used the service increased by 13.1% compared to the same quarter of the previous year to reach 6.95 million.

MEO had the largest share, 38.3% (a decrease of 3 percentage points compared to the same quarter last year), followed by NOS and Vodafone with 31.7% (up 1 percentage point) and 28.6% (up 1.3 percentage points), respectively. Nowo, which launched commercial offers for a mobile broadband service in April 2016, had a 1.1% share. 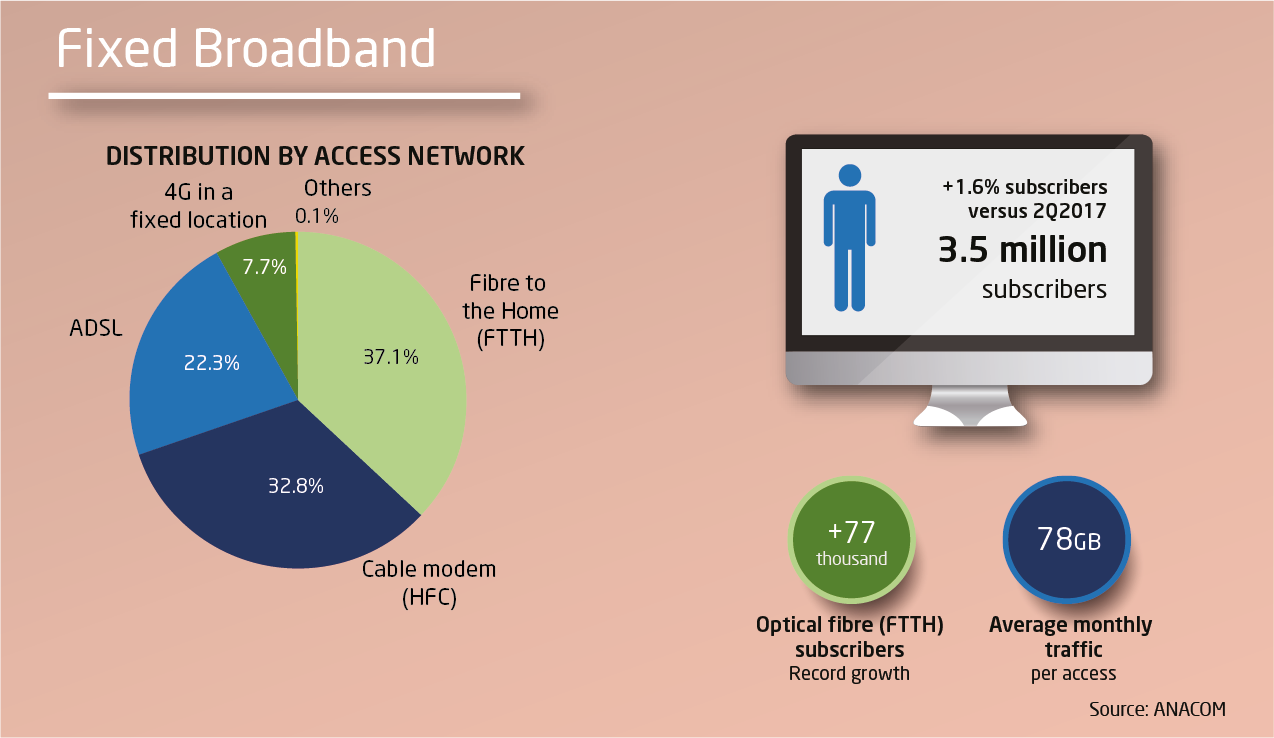 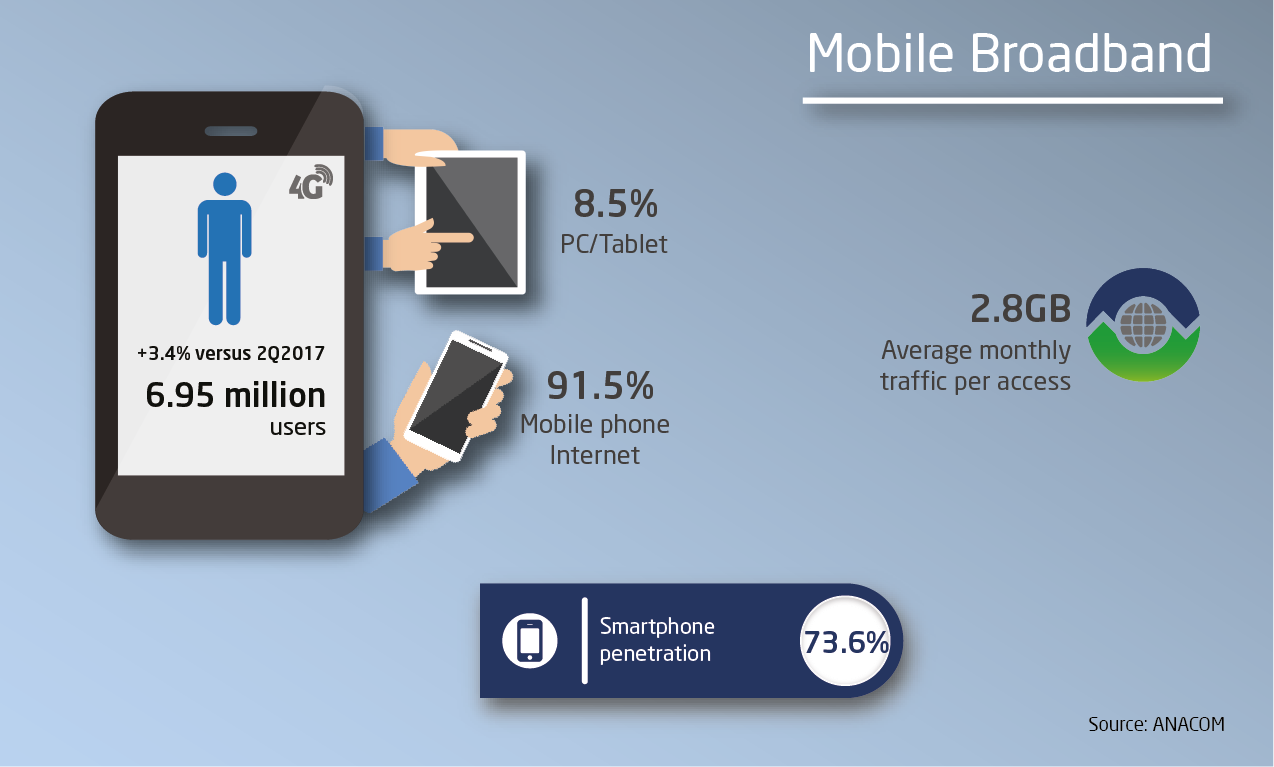