A meeting between the Chairman of ANACOM, João Cadete de Matos, and the Chairman of ARME - Agência Reguladora Multissectorial da Economia (Multisectoral Regulatory Agency of the Economy), Isaías Barreto da Rosa, was held on 11 January 2019 in Praia, Cabo Verde. At the meeting, a cooperation protocol was signed between the two institutions and a set of exchange initiatives were agreed for implementation over the short term. 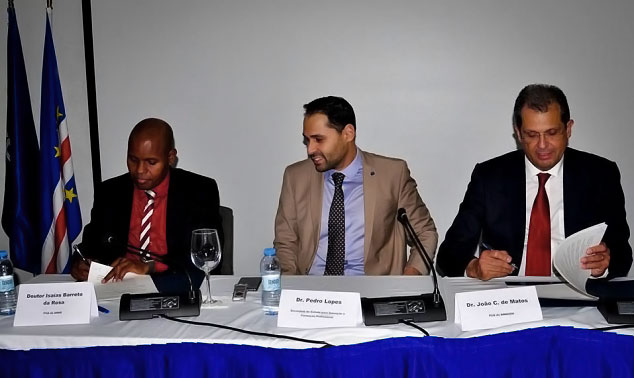 As part of this visit to Cabo Verde, and at the invitation of ARME and the City Council of Ribeira Grande de Santiago, ANACOM's Chairman also took part in a workshop and in a ceremony in Ribeira Grande de Santiago (Cidade Velha) inaugurating the Sustainable Villages pilot project (SV4D), which was supported by ANACOM and sponsored by CPLP-ARCTEL - Associação de Reguladores de Comunicações e Telecomunicações da CPLP (Association of Communications and Telecommunications Regulators of the CPLP).