ANACOM is already working with UEFA in preparations for the UEFA Nations League finals, to be held in Porto and Guimarães between 5 and 9 June. 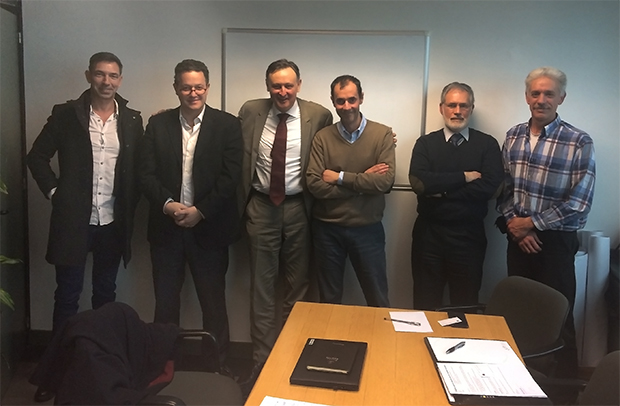 Christian Hirschmuller (3rd from the left) represented UEFA at the meeting with ANACOM's team.

At the beginning of February, UEFA met with ANACOM in Lisbon to begin preparing the necessary licence applications for the use of frequencies necessary for the organisation of the event and for its broadcast to various countries.

In addition to this support in the preparation phase, ANACOM will be working on the ground during the event to monitor use of the radio spectrum, ensuring that radiocommunications networks and stations operate without causing harmful interference. Preventing interference is fundamental to the success of this international event, with a concentration of "radio media", including dozens of wireless microphones and in-ear monitoring devices, transmitters-receivers (walkie-talkies) used in the coordination and management of operations, wireless video cameras, as well as satellite communications for transmission of the event to different countries. In all of these situations, ensuring proper use of the spectrum, without constraint and interference, is critical so that everything functions under optimal conditions.