ANACOM held a meeting with Palmela Municipal Council, at the latter's request, to inform the Authority on the concerns felt in relation to the electronic communications sector.

The proliferation of cables and antennas in the historic centre of town, especially around the castle of Palmela, was one of the problems raised in the meeting held on 13 March 2019. In most cases, the antennas do not comply with the council licensing procedures, in addition to disfiguring the urban landscape, also leading to much criticism voiced by the population resident in the area.

The Municipal Council suggested an alteration of the licensing process and requested ANACOM's collaboration to assess the current situation in the historic zone, with a view to finding solutions to enable its correction. The Municipal Council also expressed its displeasure at the excess cables on the façades of houses in the historic centre and the disorderly manner in which the cables are suspended throughout the town's streets, which in many cases are not even being used, but are also not removed.

The council reiterated its willingness to find solutions that could enable burying the cables to replace the aerial cabling along the façades of buildings, and referred to an agreement with an operator, in the past, that enabled removing the television antenna from rooftops.

The meeting, attended by the Mayor, Álvaro Amaro, the Councillor Fernanda Pésinho, and Marco Alves and Teresa Machado, from the public space and historic centre management offices, also raised the citizens' discontentment with the service provided by CTT – Correios de Portugal.

Attending the meeting on ANACOM's part were the Chairman of the Board of Directors, João Cadete de Matos, the Director Isabel Areia, the Director of Supervision, António Vassalo, the Heads of Division Miguel Henriques and Nuno Castro Luís, and Ilda Matos, Press Adviser. 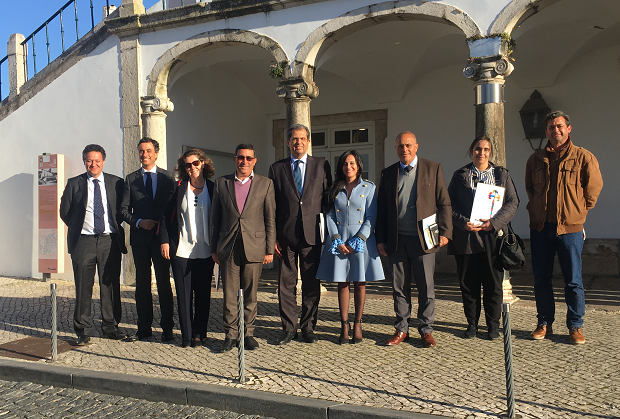