Alongside the meetings held between the European Regulators Group for Postal Services (ERGP) and the Postal Union of the Americas, Spain and Portugal( UPAEP) in Ponta Delgada between 26 and 28 June 2019, ANACOM took the opportunity to hold a bilateral meeting with the delegation of China's State Post Bureau (SPB). At the meeting, which took place on 26 June 2019, ANACOM's Chairman, João Cadete de Matos, thanked the SPB for attending the meetings in the Azores and expressed an interest in strengthening the relationship of mutually beneficial cooperation between the two authorities.

As Chairman of the ERGP, João Cadete de Matos also mentioned the interest of European countries in developing close relationships of cooperation.

Yingjun Dai, Deputy Director General of the SPB, expressed appreciation for the invitation and thanked the host, considering the participation to be highly beneficial.

With the purpose of sharing ANACOM's experience in regulation, as one of the oldest regulators in Europe, João Cadete de Matos invited the SPB to return to Portugal for a conference on the postal sector, to present the experience and projects under development in China and provide an opportunity for greater understanding of the Portuguese situation.

Yingjun Dai emphasised SPB's interest and availability for future visits to Portugal, and also in hosting ANACOM and ERGP visits in China.

Issues under discussion within the Universal Postal Union (UPU) were also addressed at the meeting, with emphasis given to the importance of reforming and modernising this organisation, particularly in the context of the next Extraordinary Congress, so that it is able to respond to the challenges posed by the development of postal services at a global level. 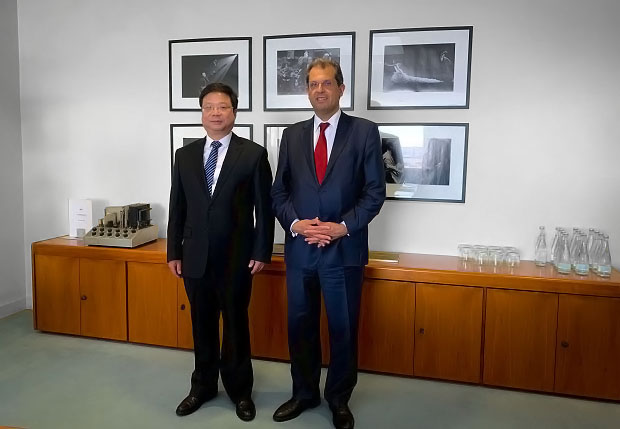 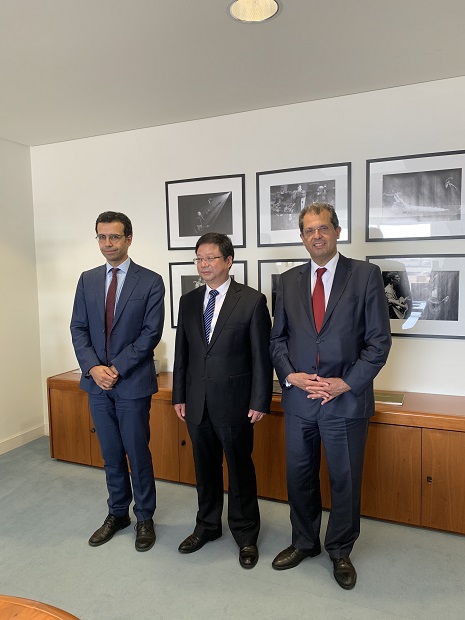 From left to right: Sandro Mendonça (Member of the Board of Directors of ANACOM), Yingjun Dai (Deputy Director General of the State Post Bureau - China) and João Cadete de Matos (Chairman of ANACOM). 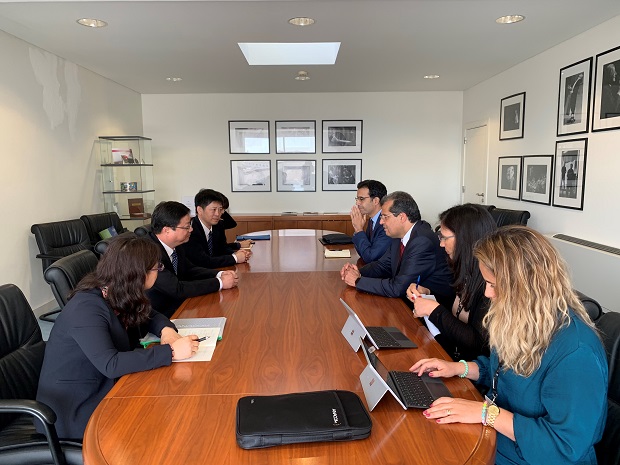 Bilateral meeting between ANACOM and the State Post Bureau (China).