ANACOM has approved the draft decision on changes to the digital terrestrial television network (DTT), in the context of the release of the 700 MHz band, necessary for the development of 5G, the process of which is proceeding as planned and in accordance with the European determinations. The draft decision on DTT comprises of the definition of the technical changes that MEO will have to make to the DTT network, the methodology to be used and the respective phasing. In the fourth quarter of this year, specifically in the second half of November, a pilot test is planned to assess the methodology and planned actions to support the user, in advance and in a limited environment.

Changes to the DTT network will be made gradually, in a process that will take about six months and will start in January in the south of the country. This will have no impact on some DTT users, notably those already using channels 40, 42, 45, 46, 47 and 48, marked with an asterisk on the attached map, as these will remain operational. The users who will be impacted - those using channel 49, 54, 55 or 56 - will have to re-tune their receiving equipment, with no need to reorient their aerials.

ANACOM considers it essential to ensure effective support for users, with a focus on clarifying and resolving any difficulties, and it is important to ensure various channels of customer service. ANACOM also believes that face-to-face support will be crucial in this process and will ensure that the older population and/or those with the most difficulty understanding the steps to be taken to adjust to the new frequencies will be properly monitored. ANACOM will be responsible for supervising the various modalities of customer service and support, including the collaboration of the Agency for Administrative Modernisation (AMA), the National Association of Portuguese Municipalities (ANMP) and the National Association of Parishes (ANAFRE).

The new DTT network frequencies and migration phasing are shown in the annex.

It is important to note that the changes to the DTT network that Portugal will have to make are the result of the European Parliament and Council Decision requiring Member States to allow the use of the 700 MHz band by terrestrial systems until 30 June 2020, capable of providing broadband wireless electronic communication services.

In compliance with this provision, ANACOM approved on 27 June 2018 the national roadmaphttps://www.anacom.pt/render.jsp?contentId=1456507 for the 700 MHz band, which established a period for the planning and definition of actions to be taken, in close collaboration with the transmission DTT system operator, which has to make the changes, resulting in this proposal for a decision which is now subject to public consultation for 20 working days1.

As explained in the national roadmap, we chose to adopt the simplest migration scenario by maintaining current technology and without requiring any simultaneous transmission period. The adoption of this scenario, which has been considered in the various studies carried out and corresponds to the converging position that emerged from the workshop on the future of DTT organised by ANACOMhttps://www.anacom.pt/render.jsp?contentId=1454417, does not call into question or render unfeasible any solution that may be adopted for the future enlargement of DTT offer in Portugal. In this scenario, there is still available capacity on the network to be able to create two new open signal channels in standard definition, as happens today.

Frequencies to use and migration phasing 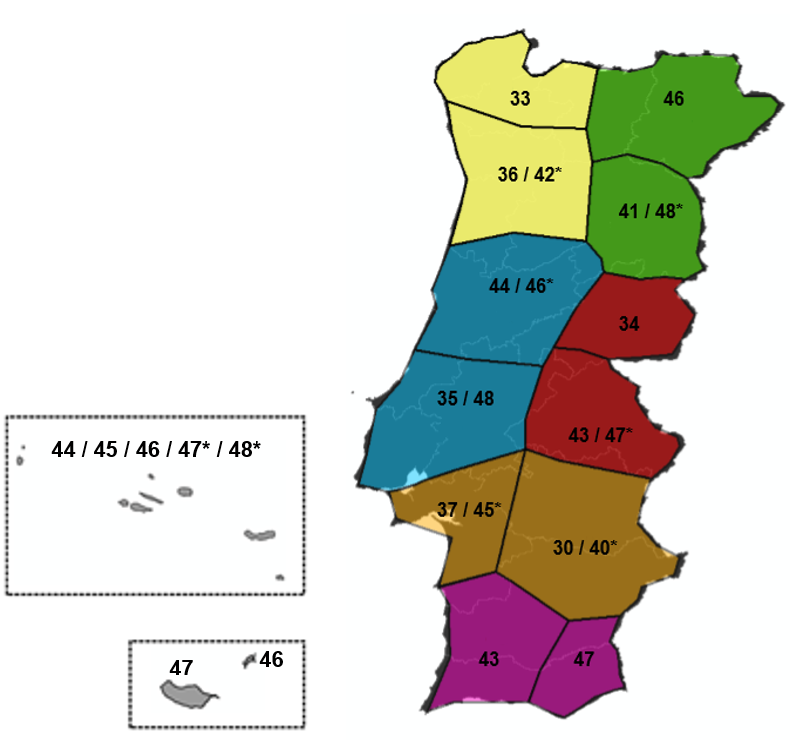 *The channels in these zones are already in operation and therefore need not be changed. 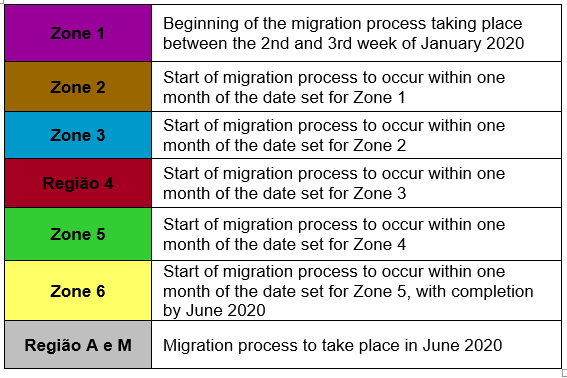