ANACOM approved the development of the migration of the digital terrestrial television network (DTT) with a view to the release of the 700 MHz band and the respective time frame to be followed by MEO. ANACOM also determined that MEO should conduct a pilot test, on 27 November, consisting of the change of the Odivelas Centro broadcaster, which will move from channel 56 to channel 35.

After the change of Odivelas Centro broadcaster, on 27 November, the changes of all the other broadcasters that are part of the DTT network will start between the 3rd week of January and the 1st week of February 2020, and will end on 30 June 2020. The process will begin from south towards the north, finishing in the autonomous regions of the Azores and Madeira.

ANACOM enhanced the flexibility of the time frame for the roadmap that it had established in view of the concerns expressed by MEO. Hence, this company, which is responsible for the broadcasting and transport of the digital television signal, is entrusted with establishing the time frame and rate of the work, within the limits defined by ANACOM. The time span defined by ANACOM for making the technical changes of the DDT network broadcasters appears to be very flexible and sufficient, considering the period of time during which the process of change took place in 2011, from channel 67 to channel 56, which was identical at a technical level.

Accordingly, by 15 November, MEO must send ANACOM the detailed planning of the change of the 240 broadcasters comprising the DTT network, indicating the date on which each broadcasting station will be changed, so as to enable ANACOM to develop timely user support actions.

DTT users are also notified that they should be attentive and denounce any attempts by third parties to induce them to buy equipment or subscribe to paid television services based on the fraudulent argument that will would be necessary in view of the next change of DTT frequencies.

To support the population in this process, ANACOM will provide a telephone helpline free of charge, to be disclosed in due time, through which doubts can be clarified about the change of channel, the dates and regions involved, as well as how to retune the television or box. ANACOM's call centre will offer extensive personalised attendance, daytime and during the night, also covering weekends and public holidays. If, despite this assisted support given by the call centre, people are unable to retune their equipment, ANACOM will assure that all support requests are resolved by technical teams travelling throughout the country, according to MEO's progressive changes to the broadcasters.

This and other information will be disclosed to the public before the pilot is carried out and throughout the entire migration process.

Stages of channel change in the rest of the country 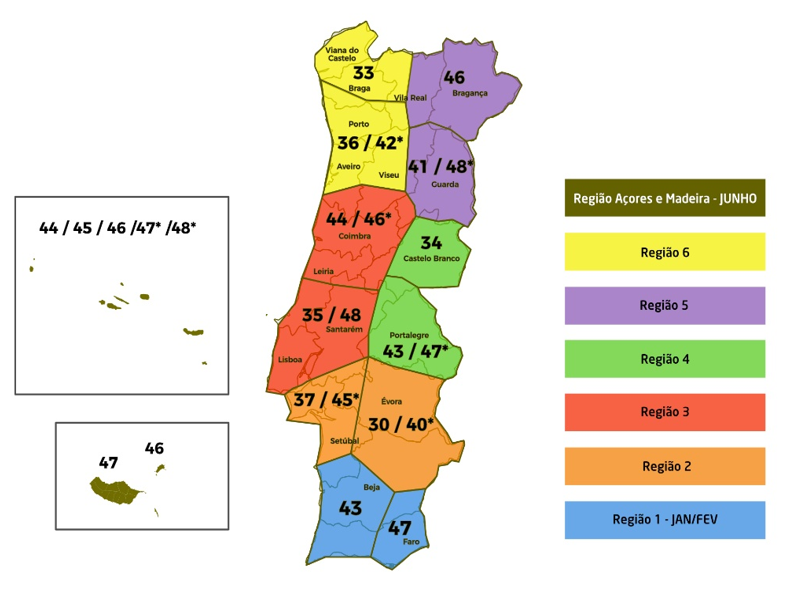