The chairman of ANACOM recalled that Portugal is one of the countries with the lowest levels of free television penetration (DTT). “If we consider people who only watch free television, penetration is 14% of the population, compared to 86% in the case of pay-TV”, he said. He went on, “Digital television reaches 100% of the population, both terrestrially and via satellite: everyone has free access to television, regardless of their economic or social situation”.

ANACOM expressed regret that, seven years after the switch from analogue to digital television, some people still experienced difficulties in accessing DTT and recalled the existing contribution, which Altice has to guarantee until 2023, for those who need equipment to receive the signal via satellite.

In order to understand the real situation on the ground with regard to DTT, ANACOM, in cooperation with ANAFRE, launched a questionnaire to be completed by parish councils to find out what the difficulties are that persist in this regard. This is at a time when it is necessary to prepare for the future and ensure migration of the DTT network by 30 June 2020, so that Portugal can make the transition to 5G.

The migration process will move from south to north, starting in January and ending in June in the autonomous regions of the Azores and Madeira. “This timetable will not adversely affect the Autonomous Regions, given that, until the band is fully cleared, it cannot be used for 5G. It doesn’t make any difference whether you’re the first or the last”, he stressed.

Migrating the DTT network will be a simple process, just tune in the television or box. ANACOM has been concerned to ensure that it will not be necessary to replace or realign antennas, nor to change television or box, nor will there be any need to subscribe to pay-TV services, he emphasised. Everyone can continue to watch TV for free, as they have done until now. He noted current concerns stemming from the fact that ANACOM had already received complaints from people who had been on the receiving end of attempts to sell pay-TV services in view of the forthcoming migration of the DTT network, and warned that ANACOM would be keeping an eye on these situations: monitoring and acting against administrative offences.

He also said that ANACOM will be launching information campaigns regarding migration, so that people know what they have to do, and that a helpline will be set up to provide information and help people tune in equipment. This helpline will be managed by ANACOM and not by MEO, as was proposed by the company. ANACOM has chosen to follow the process closely so as to be able to monitor and address any situations that may arise. Additionally, MEO was asking for several million euros to provide the service, and there could be a potential conflict of interest, as the company is both a pay-TV operator and a DTT service provider, he explained.

If people cannot tune their televisions with the support of the helpline, ANACOM will have technical teams on the ground to help people.

In this process, ANACOM will be assisted by parish councils and municipal councils, with which cooperation agreements are being signed. In particular, Odivelas Council, where a pilot test will be run on 27 November.

He also explained to the audience that the DTT migration process will take place without simulcast, for two reasons. On the one hand, the experience of 2012 showed that, although there was simultaneous transmission for 3 years, people only migrated at the last moment and, on the other hand, it is a costly process.

Regarding 5G, the chairman of ANACOM mentioned the existence of countries that are already moving forward, others that are doing pilot tests, such as Portugal, and still others that will use the two-year derogation for clearance of the band. “In Portugal, that was not an option”, he said. The chairman of ANACOM also recalled that, in the public consultation launched by ANACOM on the release of the 700 MHz band, some operators argued that Portugal should use this derogation, and today claim that the country is behind schedule. “We are on track. We are going to be more advanced than other countries”, said João Cadete de Matos, noting also that, in Portugal, there are areas where there is no 2G, nor 3G, nor 4G.

Miguel Henriques, head of the frequency assignment and licensing division of ANACOM, also attended the same seminar. In his speech, he explained the process of DTT network migration, how it will be done and what people will have to do to adapt. Miguel Henriques assured ANACOM’s representation at the round table, which was also attended by Pedro Braumann, from RTP, Hélder Lopes, from Televes, and was moderated by Luís Peixoto, chairman of the ACIST. 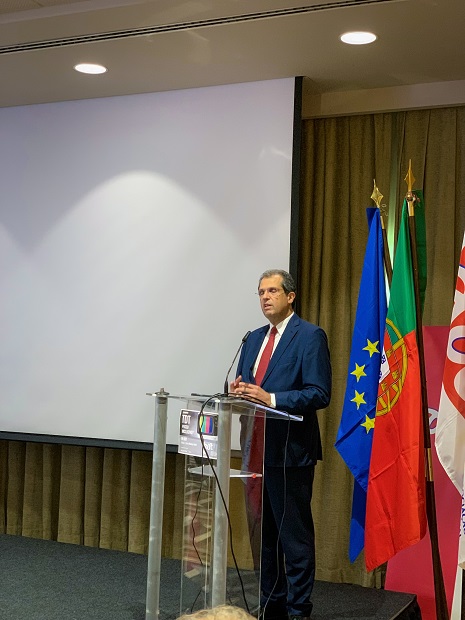 João Cadete de Matos, Chairman of the Management Board of ANACOM 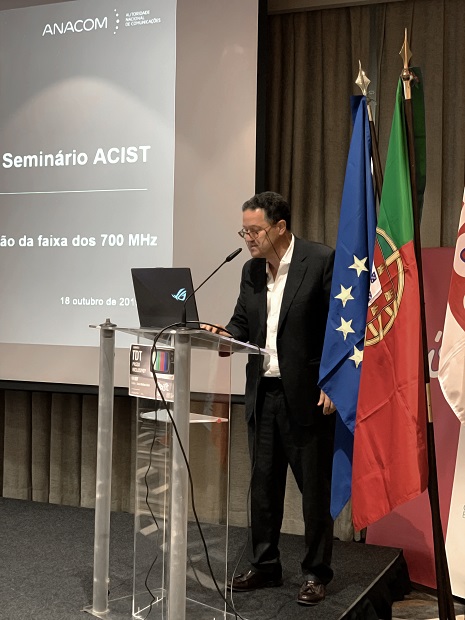 Miguel Henriques, Head of the Frequency Assignment and Licensing Division, of the ANACOM Spectrum Management Directorate