On 5 March, the alteration of the DTT transmission network in Region 3, which involved the districts of Lisbon, Santarém, Leiria, Coimbra, Castelo Branco (West), Viseu (South) and Setúbal will begin. Some of the transmitters in Setúbal were already altered in Phase 2.

The 3rd phase of DTT transmission network migration will begin with the alterations to the Cheleiros transmitter in Sintra and end on 21 April, with the Piódão transmitter. A total of 79 transmitters will be altered in this phase. Up to 10 March, the process will be taking place at the same time as the Phase 2 transmitter alterations.

But not all DTT users will be covered in this process. People will know if they are covered by the change if there is no image on their televisions.

When the television screen goes black, all that has to be done is to synchronise the television or DTT scrambler to continue watching free television, as has been the case up to now.  The process is simple. ANACOM took the care to ensure that there would be no need to replace or reposition aerials, change TVs or scramblers, and nobody will have to subscribe to paid television services. Condominiums/buildings with installations with mono-channel amplifiers may have to replace them.

To assist in this process, ANACOM has set up a free telephone helpline (800 102 002), which is in operation every day from 9 am to 10 pm, for people to phone in and clear up any doubts they may have and get help synchronising their televisions.

If they are unable to synchronise the equipment themselves or with the help provided through the helpline, 800 102 002, ANACOM will schedule a visit to their home by its technical staff in order to synchronise it, free of charge.

NOTE: ANACOM will only go to the homes of people who call 800 102 002 and who have scheduled a visit during that phone call. If you have never called this number and someone knocks on your door saying they are from ANACOM and they are going to synchronise the equipment, take care, and do not open the door, because they will not be ANACOM technicians.

ANACOM will release the information on the DTT changes in a letter and a leaflet that will be delivered to everybody's homes, summarising the relevant information so that they can adapt to these changes. 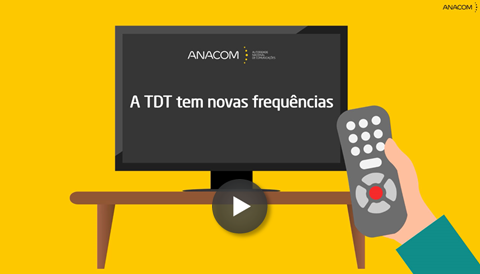