ANACOM conducted in 2020 a set of measurements of electromagnetic field (EMF) levels from 5G trials, further to the various authorisations it had issued since 2017 for the performance of technical trials of the 5G mobile technology in Portugal.

The purpose of this studyhttps://www.anacom.pt/render.jsp?contentId=1611961 was to assess 5G impact, in terms of exposure of the general population to EMFs, and to present the results of measurements carried out, between June and October 2020, in areas surrounding stations carrying out 5G pilot tests in the 3.4-3.8 GHz (3.6 GHz) band, authorised by ANACOM. As part of this work, ANACOM carried out EMC measurements in five locations close to four different 5G rollouts. The main conclusions of the study are as follows:

Since 2000, ANACOM has carried out more than two thousand non-ionising radiation assessments; reference standards were met in 100% of cases. Only in 3% of cases were values not 50 times below the reference level; these situations have been less frequent over time and were all brought to the attention of relevant bodies.

Why measurement exercises are important

Monitoring activities are a key commitment of ANACOM’s mission, within the scope of which it oversees compliance with applicable regulations and, in particular, compliance with EMF reference levels from radiocommunications stations.

In a technical area as dynamic as telecommunications, the performance of this monitoring activity has an enhanced social value as it guarantees the continued protection of the population from EMF exposure and ensures the necessary confidence in the safe operation of networks in Portugal.

At a time when the introduction of 5G in Portugal is underway and several technical trials are being carried out, it is important to check whether safety conditions are in place and that all standards are met ahead of the launch of the new service. 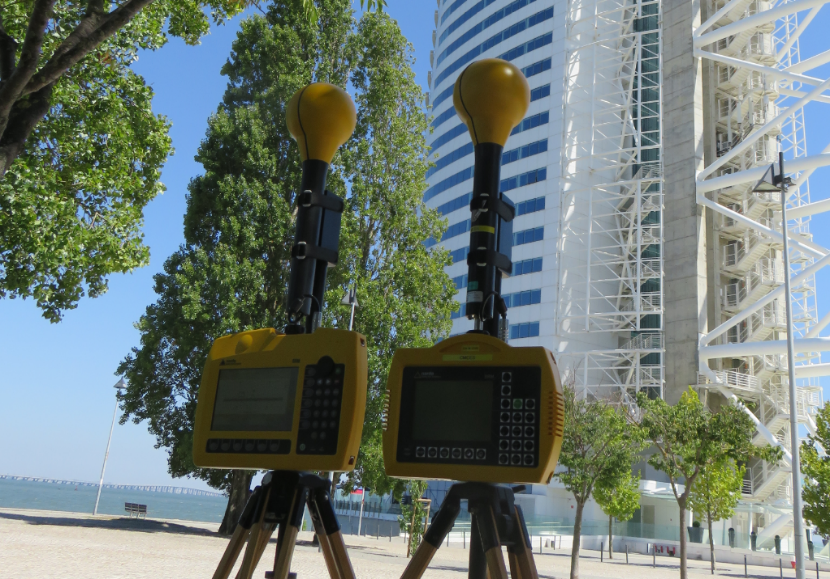 In June, when measurements by ANACOM began, there were 44 active stations in the 3.6 GHz band in Portugal. On 15 December, there were authorisations for 5G technical trials in 39 municipalities.

Figure 3: Municipalities where 5G technical trials were authorised in 2020 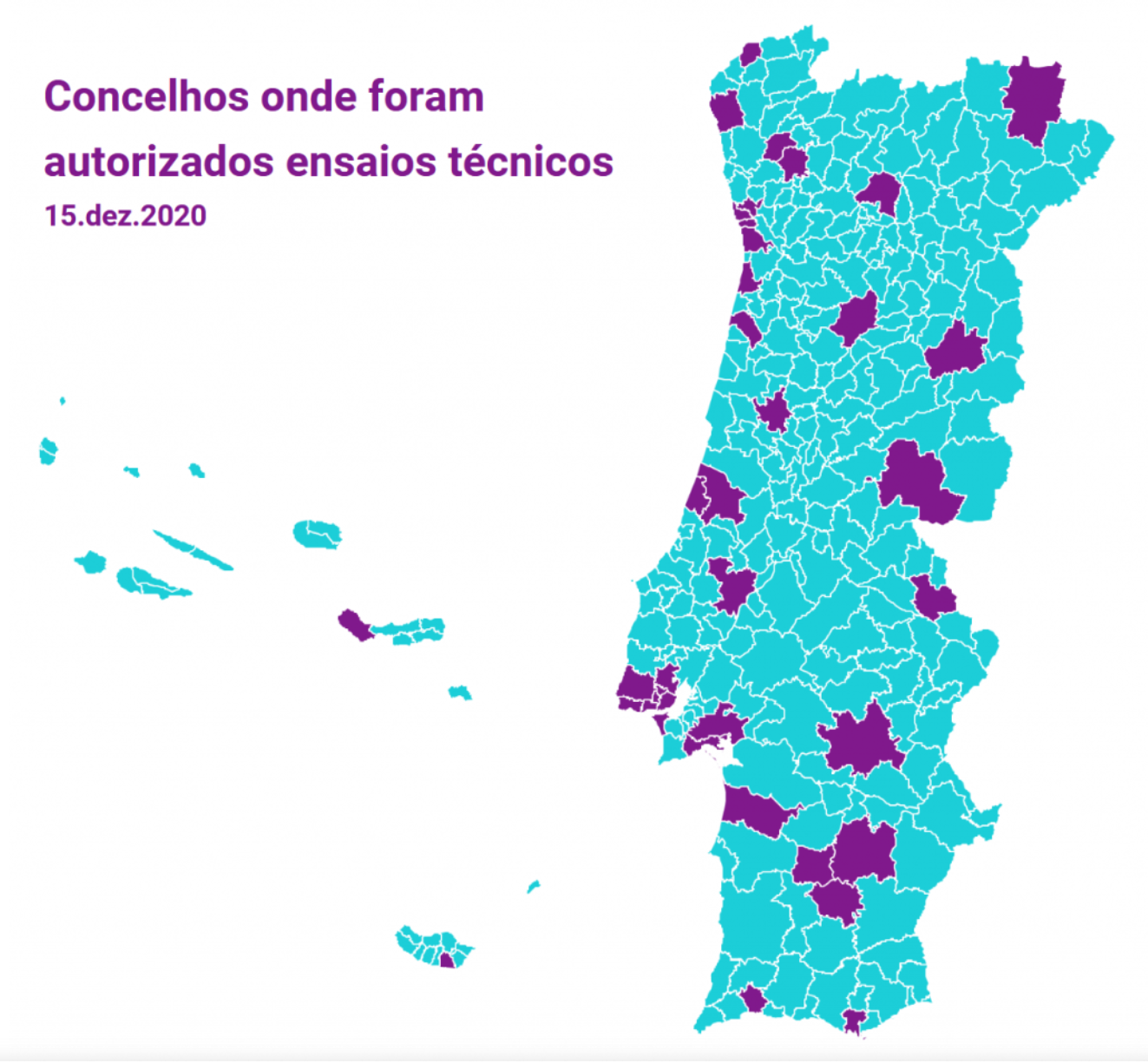 This Authority considers that 5G technical trials and studies are of great public interest and benefit as they allow researchers, manufacturers and electronic communications operators to develop a technological learning process on the various functionalities and capabilities involved, as well as to analyse their theoretical models before moving to large-scale implementation of future networks and making services available to users.

Likewise, such trials and studies allow the Regulatory Authority to make checks and fine-tune monitoring models to ensure that the 5G implementation process runs smoothly, while creating the conditions for the development of new applications and services, thereby contributing to the country's social and economic development.

It is recalled that ANACOM is responsible for ensuring the efficient management of radio spectrum and its oversight, monitoring, in this context, compliance with the electromagnetic field reference levels set out in EU Council Recommendation 1999/519/EC of 12 July on the limitation of exposure of the general public to EMF (0 Hz-300 GHz), based on the limits defined by ICNIRP, which was included in the framework for public health activities, through a Decision of the European Parliament and of the Council1.

Portugal adopted the referred Council Recommendation, through Administrative Rule No. 1421/2004, of 23 Novemberhttps://www.anacom.pt/render.jsp?contentId=978247. Monitoring compliance with the reference levels set out in this Administrative Rule is part of ANACOM’s supervisory activities.

According to the Directorate-General of Health (DGS)2, the body in charge of public health issues in Portugal, the reference levels for EMF exposure limits must comply with the ICNIRP guidelines, formally acknowledged by WHO.

1 The International Commission on Non-Ionizing Radiation Protection (ICNIRP) updated its guidelines in 2020, however the Recommendation has not yet been updated at EU level.
2 Further information available at https://www.dgs.pt/paginas-de-sistema/saude-de-a-a-z/radiacoes-nao-ionizantes.aspxhttps://www.dgs.pt/paginas-de-sistema/saude-de-a-a-z/radiacoes-nao-ionizantes.aspx.