Paula Meira Lourenço and Sandro Mendonça, members of ANACOM’s Board of Directors, and a group of ANACOM’s directors and staff were received on 24 September by Gabriela Feiteira, Presiding Judge of the Judicial Court of the Lisbon West District (Sintra), Luísa Verdasca Sobral, Public Prosecutor, Daniel Pires da Costa, Judicial Administrator, and also by Salvador Santos, Judge at the Commerce Court, for a work session that focused on the contribution of dematerialisation, automation and digitalisation of judicial proceedings, by means of the Citius computer system, with a view to enhancing the efficiency of Justice.

This initiative was attended by the directors and staff of the Directorate-General for Innovation and Information, the Directorate-General for Supervision, the delegations of Oporto, Madeira and the Azores, and the Communication Office, which reflects the relevance of ANACOM’s administrative modernisation in its activity plan, designed to further streamline and dematerialise the processing of processes with a view to ensuring increased effectiveness and efficiency in its internal operation and its relationship with regulated companies, users, the Courts and other public and private bodies.

This is a fundamental path towards the provision of a better public service, as part of ANACOM’s digital transformation programme, aimed at improving its systems supporting the supervisory and oversight activities, as well as the sanctioning area, ensuring the existence of electronic processes that also enable electronic interconnection with the Citius system in the case of legal challenges in the area of administrative offences. 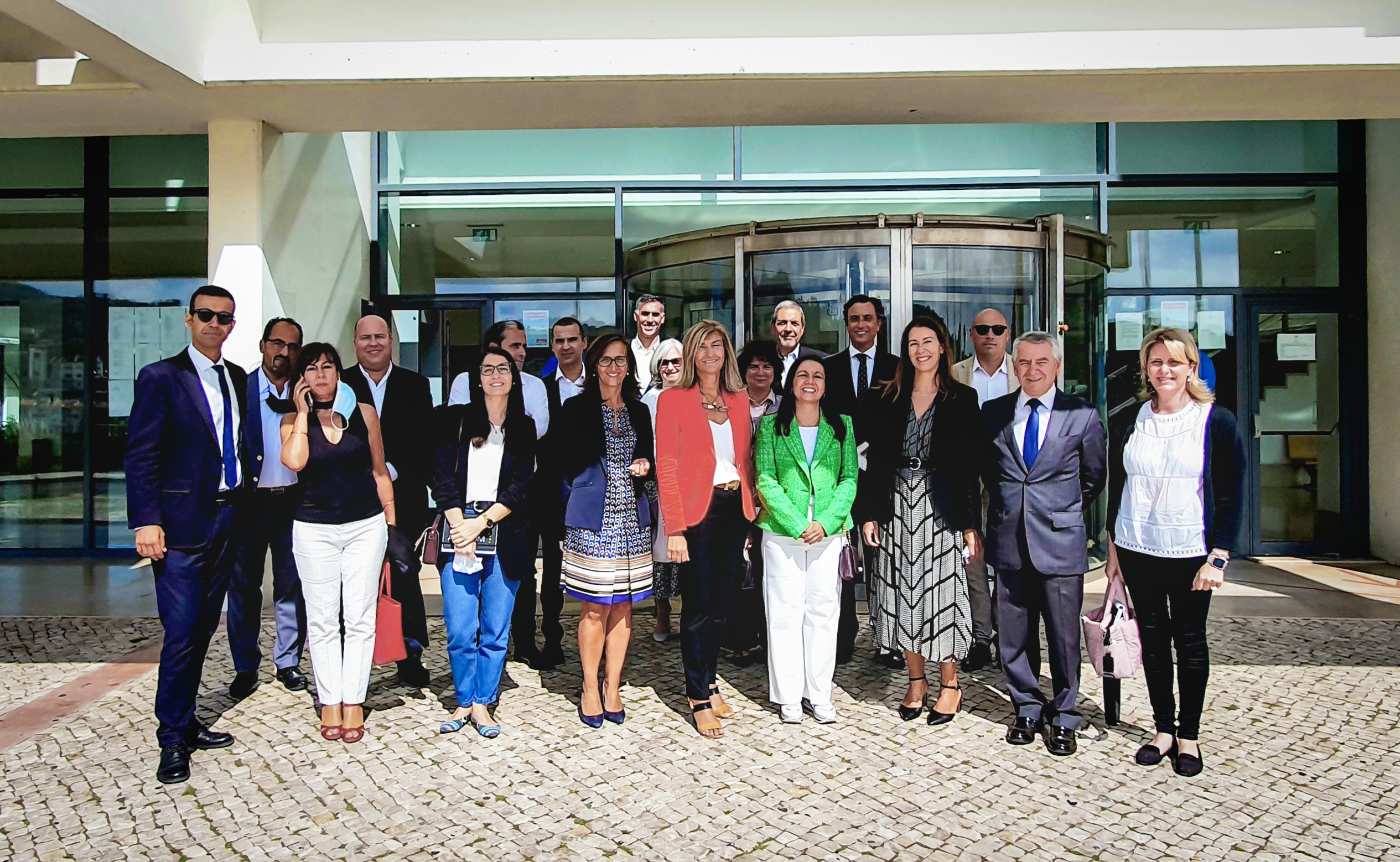 Paula Meira Lourenço and Sandro Mendonça, members of the Board of Directors, and the team that attended the meeting.