On 30 May 2018, ANACOM organized a Workshop on the Future of Digital Terrestrial Television (DTT) in Portugal, at the Portuguese Communications Foundation, in Lisbon. The Secretary of State for Infrastructure was present and also participating were representatives of the main television companies (RTP, SIC and TVI), the main telecommunications operators (MEO, NOS, NOWO and VODAFONE), DELOITTE and LEADERSHIP (authors of studies on the theme of the Workshop engaged by ANACOM and ERC at the request of the Assembly of the Republic), a representative of ANATEL and of these other bodies: ADC, ERC, ANMP, ACIST, DGC and OBERCOM.

This debate took into account the fact that Decision (EU) 2017/899 of the European Parliament and of the Council of 17 May 2017 on the use of the 470-790 MHz frequency band in the European Union, which aims to allocate the rights of use of the 700 MHz frequency band for terrestrial systems capable of providing broadband wireless electronic communications services, entails releasing this band from the uses of Digital Terrestrial Television (DTT). In accordance with the abovementioned Decision, Member States should adopt its "national calendar" in order to ensure the availability of the 700 MHz frequency band for broadband wireless electronic communications services by 30 June 2020. 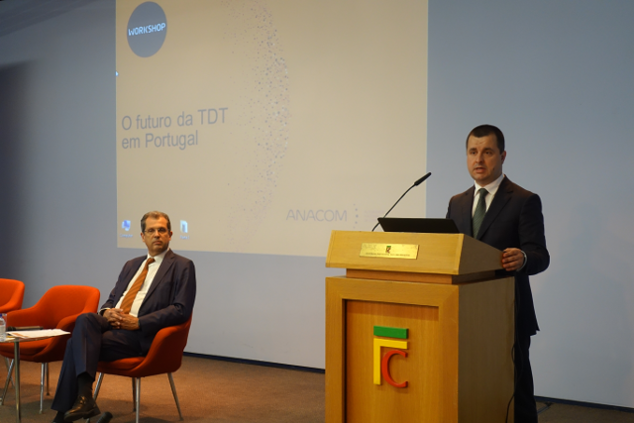