https://sinestech.pt/sines-tech/meetings-at-zils-sines-tech-eu-atlantic-data-gateway-platform", organized by AICEP Global Parques, took place on 11 January 2022 in Sines as part of the strategy to enhance the potential of ZILS as a national digital hub.

The conference featured participation by the Assistant Secretary of State and of Communications (SEAC), Hugo Santos Mendes, as keynote speaker, with final remarks given by Thomas Kuepper, from DG Connect, European Commission.

The conference addressed a number of aspects related to making Portugal one of four main digital data processing gateways/centres in Europe, seeking to carry out the perspective established in the context of the European Digital Strategy (A Europe fit for the digital age

The challenges were addressed in two panels: “Portuguese Regulation and Licensing”, in which ANACOM was represented by the Director General of Information and Innovation, Augusto Fragoso, and “Sines Cable Landing Stations (CLS) & Datacenters (DCs) ecosystem”.

During the conference, a number of announcements were made with relevance to the country, particularly the connection/mooring of a new submarine cable to the technological ecosystem of Sines - Medusa

https://www.portugalglobal.pt/PT/PortugalNews/Paginas/NewDetail.aspx?newId=%7B877C19A7-4F23-40E2-B653-F4E0D48F0579%7D - which will provide an 8,700 kilometre connection between Carcavelos, Sines and Port Said, in Egypt, and which will also support branches to different points in southern Europe and north Africa. In total there will be 480 Terabits per second of capacity. An announcement was also made on the development of efforts on various fronts, which will ensure the landing of other high capacity cables in Portugal. The conditions which favour Portugal in general and Sines in particular as having the potential to become major digital hubs in Europe were highlighted, including the conditions of national and international, maritime and land connectivity.

The creation of a single digital website was also announced, which investors and partners can use to interact easily with authorities, simplifying the licensing processes for submarine cables that cross Portugal’s Exclusive Economic Zone and make processes more transparent. ANACOM is also deeply involved in this area, having taken leadership of the development of this initiative with Direção-Geral de Recursos Naturais, Segurança e Serviços Marítimos (Directorate-General for Natural Resources, Security and Maritime Services), under a proposal made to the Government for this purpose. The Assistant Secretary of State and of Communications said: “We believe that with this improvement, concentrating all the information in one place and facilitating access to it, Portugal will be able to exploit its unique position more efficiently and contribute to the European Union’s digital Atlantic gateway”. In the same context, Thomas Kuepper praised the initiative as a global innovation that will contribute to European competitiveness and enhanced submarine cable capacity.

Thomas Kuepper also highlighted the importance of developing the concept of SMART cables (Science Monitoring And Reliable Telecommunications), sensor-equipped submarine cables, with an enhanced role at a scientific and technological level and in terms of sustainability and knowledge. In this regard, several groups, including ANACOM, have been working actively, challenging various sectors to proceed with deployment.

ANACOM has made a strongly commitment to the promotion of a new cycle of developments in this area, contributing to the creation of the necessary conditions for the strategic reinforcement of the national and international connectivity platform. In the area of submarine cables, ANACOM has been engaged in sharing knowledge, linking different stakeholders and projecting recognition of Portugal's fundamental role in the various ongoing global digital strategies, with a view to their intersection in spaces and points of national interest. 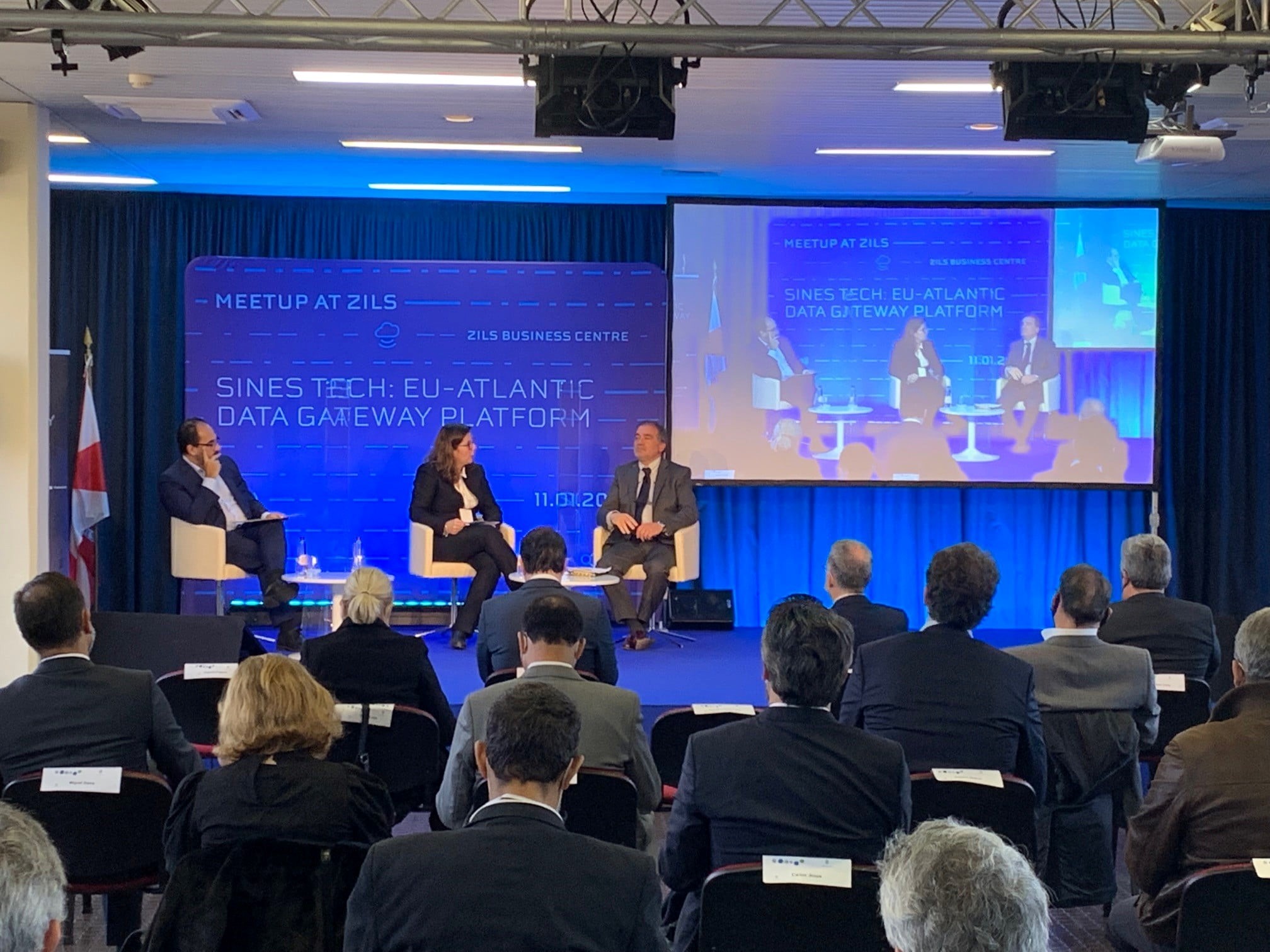 Panel #1 “Portuguese regulation and Licensing”, with the participation of Augusto Fragoso, from ANACOM (on the left).