On 30 April 2019, ANACOM hosted the meeting that brought together the Interinstitutional Group at the Portuguese Foundation for Communications in Lisbon, the mission of which is to plan joint actions in the central region of the country, ensuring compliance with the terms of reference in the areas of intervention of the entities involved.

ANACOM’s Director of Spectrum Management, Luísa Mendes, welcomed everyone, and the work continued with the presentation of the results of the activity carried out in March and April (the previous two months) and the planning of the actions for the following two months (May and June).

This national cooperation activity aims to encourage closer institutional relations and foster the existing synergies between the various entities, with the aim of guaranteeing compliance with the law and benefiting various economic operators and citizens in general, through the action of various entities in a single act.

The meeting ended with the scheduling of the next meeting, which will take place on 28 June 2019, in Santarém. 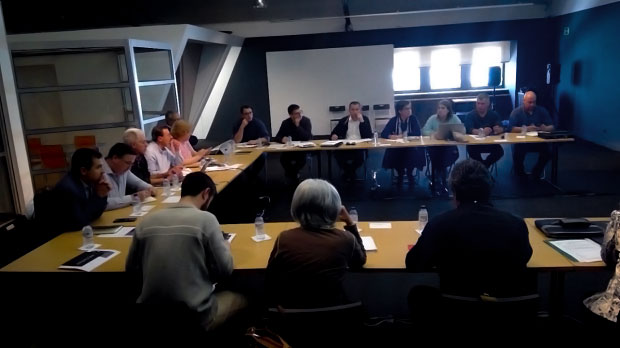 Meeting of the Institutional Group, made up, in particular, by representatives of ANACOM, ACT, ASAE, AT, GNR, PSP, PM and SEF.