ANACOM attended the MotoGP Grand Prix, which took place from 22 to 24 April 2022 at Autódromo Internacional do Algarve (AIA - the Algarve International Racetrack), ensuring continuous radio spectrum monitoring in order to guarantee the necessary conditions for the complex operations of the installed security device, as well as for the TV production and broadcasting of the event.

Radio spectrum is one of the key elements for the success of an international event such as MotoGP, on account of its size and technological demands, which involves a wide diversity of radio spectrum usage as well as the use of a large number of wireless devices operating simultaneously in a limited area, such as headset monitoring equipment, transmitter microphones, private land mobile service networks, wireless cameras and satellite stations.

In order to meet technical requirements, ANACOM, with the support of AIA, prepared a broad spectrum monitoring and control operation, which required mobilising a number of technical and human resources.

By means of thorough planning, which took into account innovation and the resilience and integrity of monitoring infrastructures, it was possible to gather the necessary means for this purpose. ANACOM’s team had at its disposal a technical vehicle designed to quickly locate interference which could jeopardise communications and portable spectrum analysis equipment which made it possible to locate and identify equipment.

Over the three days during which MotoGP took place, the use of more than 200 simultaneous frequencies was monitored, which attests to the high number of radio means involved, as well as the demanding level of work developed by the teams that monitored the whole process, from the licensing phase up to the performance of races. All problems arising from interference were quickly solved. 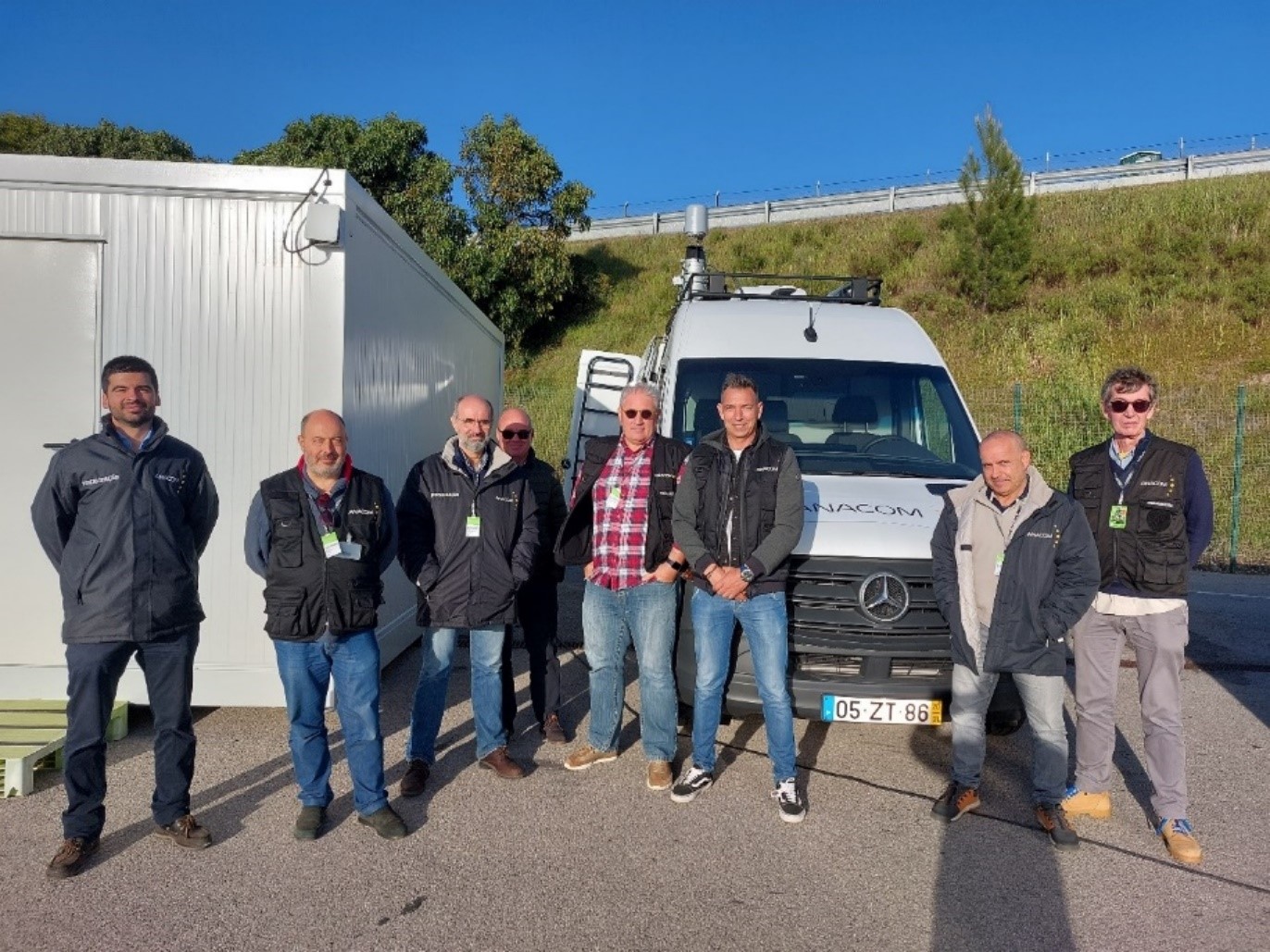