ANACOM Chairman, João Cadete de Matos, participated in the DETI Talks Conference on «Os desafios do 5G» (5G Challenges), organised by the Department of Electronics, Telecommunications and Informatics (DETI) of the University of Aveiro, having spoken in the «Benefícios do 5G na sociedade e nas  cidades» (Benefits of 5G in society and cities) panel, giving the regulator's vision of the benefits that the country may reap from this technology.

«The keynote for the regulator is that the country should benefit as much as possible from the technological change that has occurred and will continue to occur in mobile communications. The potential for transformation is huge and has not yet been fully identified. Research and developments should be underway in the next few years, at a worldwide level and also in Portugal, that will lead to new solutions, in which Portugal wants to participate not only as a user, but also as a creator», he stressed.

A dimension considered strategic for 5G, and which was noted in the World Radiocommunications Conference of 2019 (WRC-19) of the International Telecommunication Union (ITU), which ended last week, is the space dimension. João Cadete de Matos recalled that ANACOM is the Portuguese space authority and mentioned the regulation that creates the rules on small satellite activity, aimed at Portugal being attractive in this regard. He also referred to the concept of network of networks, satellite constellations, and how this entire area could be a development opportunity for the country.

ANACOM's Chairman also stressed the importance of submarine cables, not only in terms of endowing the autonomous regions with infrastructures that could boost the development of telecommunications, but also in the perspective of being able to be used to convey seismic warnings, because they cross the existing three tectonic plates in the Atlantic, in prevention of tsunamis and in oceanographic research.

He highlighted the work developed by the working group on the future of submarine cables, and noted the group's consensual view of the importance of the existence of neutral submarine cables, that are not held by just one operator. He also stressed that this is likewise a concern of the Presidents of the two regional governments. On a different note, he emphasised the network densification required by 5G and the fact that it does not make sense to triple or quadruple networks in 5G, pointing out that this is not shared in the international debate. «Every day new options arise for network sharing, co-investment, national roaming, enabling the required financial effort to be lower, making the return on this investment much easier; and at the same time there will be benefits for the users, in particular lower prices».

He also referred to the coverage of more remote zones through wholesale offers, with benefits for all.

ANACOM's Chairman recalled what is planned for Portugal in terms of allocation of 5G frequencies, within the European timeframe. «For this, we must complete the DDT migration. The Odivelas pilot went very well. Now, the works will continue throughout the entire country, between early February and the end of June», he stated.

«In January, ANACOM will put the auction regulation to public consultation. The process is running normally, we are hearing all the stakeholders. The idea is that anyone with licenses can apply, that there should not be any spectrum hoarding, that there are various business models. That those unable to buy spectrum should have solutions to be able to have virtual operations. That all this should be subject to consultation, after which ANACOM shall decide taking account of the public interest», he said.

He also stressed that ANACOM wants companies to invest, remunerate their shareholders and ensure services at competitive and comparable prices in European terms.

Tony Boyle of Dense Air, Mateus Mazzeo of Nokia, and Samuel Ferreira of Huawei also participated in the panel. 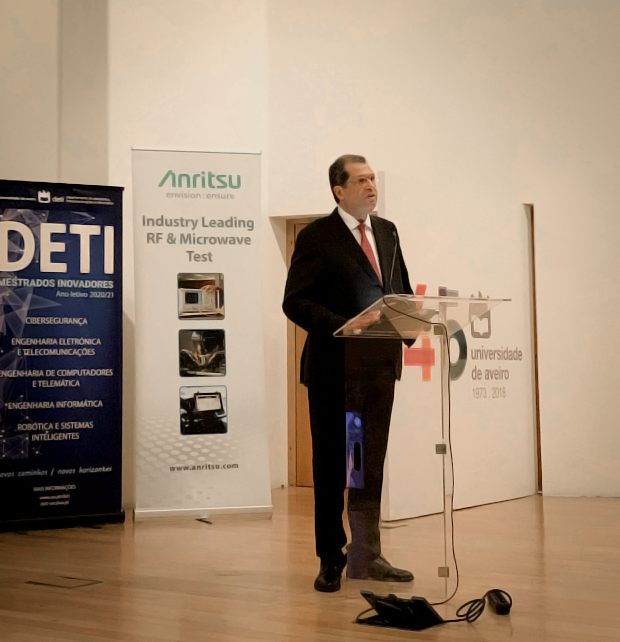