The ANACOM-URSI Portugal research prize was awarded at the 2019 edition for the work "ISTSat-1 - The First Portuguese University CubeSat". It is a work of excellent scientific quality and rigour, clarity and transversality.

The team developed a CubeSat to perform a space mission to demonstrate ADS-B technology for tracking aircraft in remote regions of the planet. For this mission, carried out since 2017 under ESA's "Fly Your Satellite!" programme, the team chose to develop almost all subsystems from scratch through various master’s theses. Having already designed, built and integrated all the ISTSat-1 subsystems, as well as having gone through several test campaigns, the team is now aiming for the final acceptance tests and the preparation for the launch in 2020.

The Best Student Paper Award, in the amount of one thousand euros, was also attributed to José Diogo da Costa Jesus, student of the integrated master's degree in physical and technological engineering of Instituto Superior Técnico for the work “Quantum Key Distribution Through Free Space”. 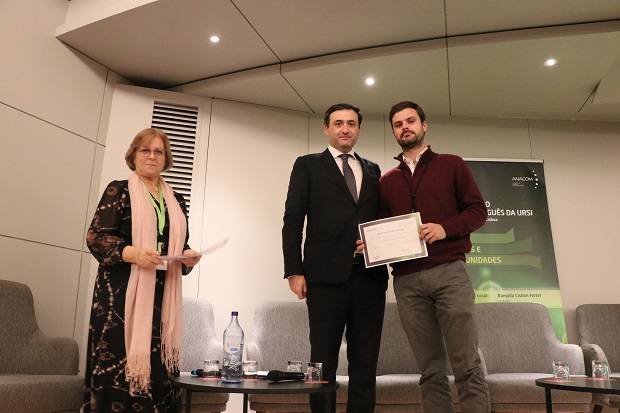