On October 21, ANACOM and Odivelas Municipal Council signed a cooperation agreement that establishes the terms of collaboration in support of the populations, under the ambit of the digital terrestrial television (DTT) migration process. The protocol was signed by João Cadete de Matos, chairman of ANACOM, and Hugo Martins, president of Odivelas Municipal Council, in a ceremony attended by the presidents of the parish councils of the municipality, among other officials.

Under the terms of the established cooperation agreement, the municipality will cooperate with ANACOM at different levels, namely with regard to the dissemination of information, in particular to the elderly and needy population.

The municipality of Odivelas will be the first to migrate the DTT network, on 27 November, constituting the pilot phase of the process, which consists of changing the Odivelas Centro transmitter from channel 56 to channel 35. In addition to the municipality of Odivelas, this change also affects the parishes of Lumiar, Carnide and Santa Clara, in Lisbon, and Encosta do Sol, in Amadora.

On 27 November, people who are receiving the signal from the Odivelas Centro transmitter will be left without any picture on their TV and will have to tune their television or DTT box in order to continue watching television as they have been doing until now. It will not be necessary to replace or reorient antennas, nor to change television or box. Likewise, it is not necessary to subscribe to pay-TV services.

The signing of the cooperation agreement was preceded by a working meeting, held on the 16th with the objective of making known the process of change of DTT and providing clarification regarding all aspects associated with the pilot phase. 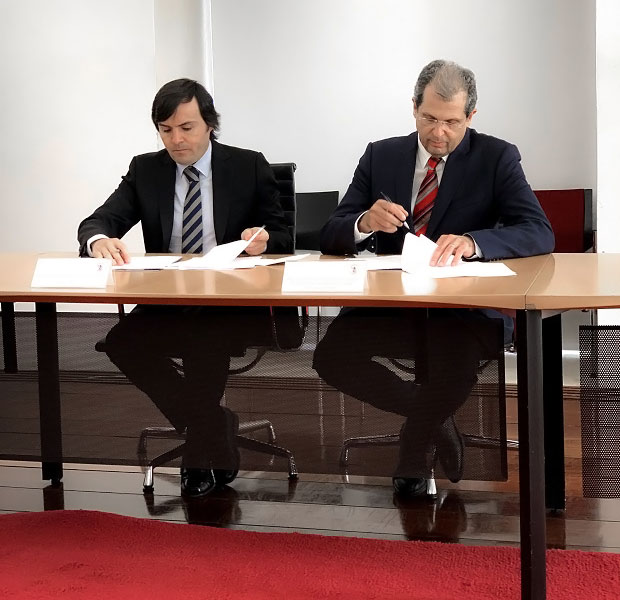 From left to right: Hugo Martins, Mayor of Odivelas, and João Cadete de Matos, Chairman of the Management Board of ANACOM