The winners of the ''O meu selo preferido'' (My favourite stamp) competition today received their prizes in a ceremony attended by ANACOM 's chairman and the chairpersons of the regulators for Mozambique, Cape Verde and Guinea - Bissau, as well as an administrator from the regulator for São Tomé, who are in Madeira as part of the Portuguese Language Communications Authorities Exchange Meeting, which ends tomorrow.

The winners for each category: José Rafael Nóbrega de Jesus (6 to 9 years old category) and Vitória Gaspar Pestana (10-12 years old category) received a tablet, while the 2nd and 3rd classified in each age group received Instax cameras. There were three honourable mentions.

The works which received awards, out of an entry of 72, were selected by a jury composed of Nelson Melim (ANACOM), Luísa Spínola (Regional Government of Madeira) and the artist Hélder Folgado, according to the criteria of creativity, originality and conformity and interpretation of the theme.

This competition was launched by ANACOM to challenge children and young people (aged between 6 and 12) residing in the Autonomous Region of Madeira to visit the exhibition ''Selos Portugueses de Além-Mar''https://www.anacom.pt/render.jsp?contentId=1463476 (Portuguese Stamps from Overseas), which is open to the public until 15 May, and to draw the stamp they liked most, to raise awareness among young people about the works on display and show the value of stamps as a form of artistic expression that tells stories and conveys culture, encouraging them to express their creativity.

In addition to the prizes awarded to the winning entries, the teachers responsible received a copy of the book “As mais belas árvores de Portugal&rdquo (The most beautiful trees of Portugal); and the schools received educational software and the collection “História das ex-colónias de Portugal em selos e notas” (History of Portugal’s former colonies in stamps and notes) (bundles, notebook and wallets with stamps and notes). 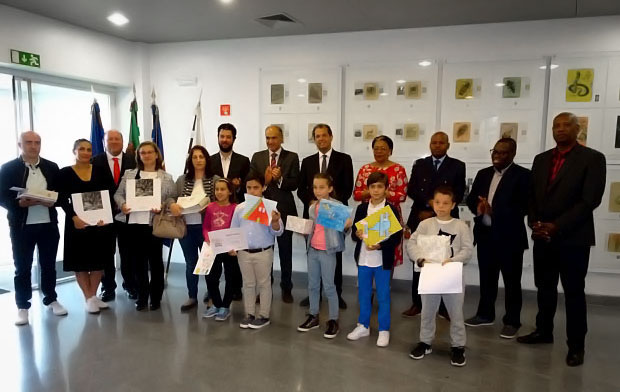 Time for awarding the prizes to the winners of the ''My favorite stamp'' contest.